Inspire is a magazine for Islamic extremists. Much as you or I would buy a periodical on cycling, gardening or what ever else takes your fancy, so todays terrorists literaly look for insperation on how best to spread their sick ideology. The latest thing trending for terrorists is to how to DERAIL TRAINS.

Inspire is an al Qaeda online publication that originates from a group in the Yemen calling themselves al Qaeda in the Arab Peninsula (AQAP). It first appeared in 2010, and was thought to be the work of Anwar al Awlaki, an American born to Yemeni parents who, after returning to Yemen when he was seven went back to the US to finish his eduaction.  Al Awlaki studied Educational Leadership at San Diego University, but got his PhD in Human Resource Development. 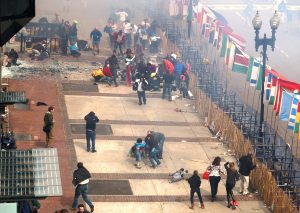 Afermath of the Boston Marathon Bombs

In the early publications of 2010/11, Inspire encouraged individual jihad, attacks by individuals or small groups, a phenomenon we now call lone wolf attacks. The publication was also one of the first signs that al Qaeda’s (AQ) tactics were moving away from spectacular’s – like the attack of 9/11 – to more low intensity terrorist tactics. An article called “How to make a bomb in the kitchen of your mom, ” explained in detail how to construct a pressure cooker bomb like that used in Boston Marathon Bombing of 2013. Another article in 2010:”The ultimate mowing machine,” advocated the use of vehicles to mow down people in crowded places, can you see a pattern emerging? 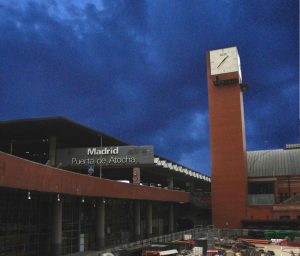 In the UK, Europe and the US, train stations have little in the way of security provisions to check passengers. Rolling stock when not in use are held at sidings again with little in the way of security, and then of course there is the railway track system of over 12,000 miles in the UK alone. In other words the UK and other train networks – a vital part of any countries critical infrastructure – are all wide open to attack, be it with explosives or to follow on with the theme of low intensity, simply by dragging a slab of concrete onto a high speed railway track.

You cant go into your local news agents and order a copy of Inspire, and if you managed to find a copy on line and downloaded it, some very intense individuals from the intelligence services will probably wake you up as they put through your front door. However it’s out there, and its part of the radicalistion process being undertaken buy an unknown number of vulnerable people right now. This week Jonathan Evans, an ex-head of MI5 warned that terrorism in the UK will be around for another 20 years. I would agree but I would add another decade or so, we’re looking at two generatios (50 years). 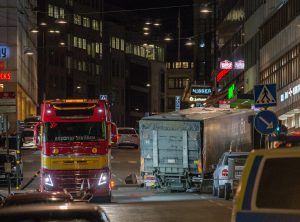 Stockholm attack of 2017 that left 4 dead and dozens injured, AQ encouraged vehicles as weapons in 2010.

The writing was on the wall in 2010, vehicles as weapons. Attacks on train networks, that due to their size exasperates their vulnerability I’m afraid is a logical escalation. Terrorists have been labeled as complex adaptive systems, in other words they learn as they go along. Lets hope that the people in charge of our saftey are one step ahead.